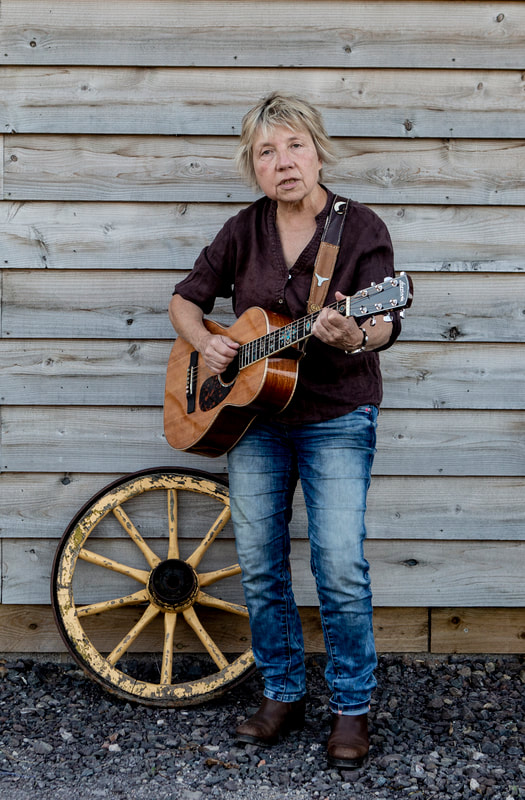 Photo by Carol Mac Photography
​Mandy Woods, a seasoned writer and performer in both Europe and America, has spent most of her adult life giving in to wanderlust and crafting songs wherever she has happened to find herself on her unconventional journey. Many of them tell stories: about the ups and downs of relationships, about her own and other people's struggles and quests, and about the myriad other twists of fate that have inspired her imagination.

Mandy grew up near Oxford, England, but spent a decade in Austin, Texas, where she sang with fellow singer-songwriter Lara Linette Straughan. After a number of years back in the UK, she made a return visit to the States in 2010, drawn to Nashville, Tennessee, where she wrote several songs with singer-songwriter Terri Calderon. She has since been back to Nashville several times to write and perform.

The title track from Mandy's CD All Along, recorded in London and Florida, earned an Honorable Placement in the International Song of the Year competition, and the following year her song 'Bitter and Twisted' found recognition with GD78 Music.

Through her ﻿﻿Wags Lyrical website﻿﻿, Mandy also writes customised songs about dogs and their besotted humans. Her commissions include a song she wrote for a canine-loving couple in Florida that's subsequently become popular on YouTube, and one about Yogi and LilliBelle, two large rescues living in North Carolina. Both songs can be heard on the Wags Lyrical website.